The Path Tracer can provide a better quality finished product for many models (with a simpler setup), but does so at the expense of a more complex and time-consuming calculation. The Path Tracer begins by displaying a very grainy or “noisy” image which gradually refines and becomes smooth. This process is known as convergence. Some scenes will converge very quickly, others will take many hours.

Because of some shortcuts, such as Daylight Portals, and other aspects of the rendering process, nXt Packet Mode create a usable image in fewer passes. nXt Path Tracer often requires more passes before the image gets smooth.

Both of these renderings took several hours. You can see differences between the renderings - such as the reflected light from the ceiling lights on the ceiling which is smoother in the Path Tracer rendering. 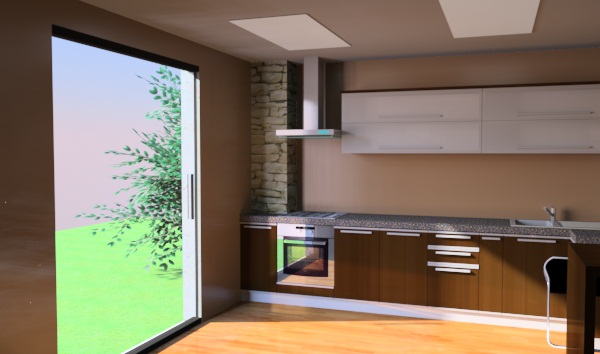 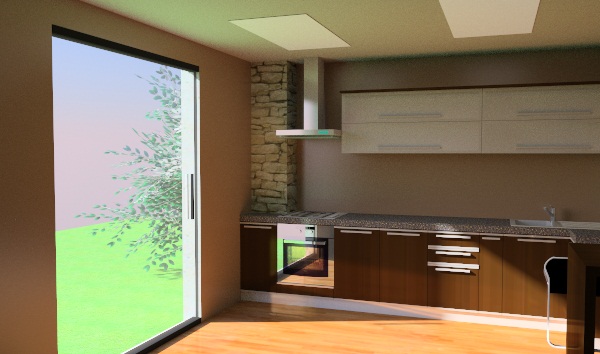 In many cases individual passes in nXt Path Tracer are faster than nXt Packet Mode, however the overall rendering process may take longer to complete, because you will often need many, many more passes to achieve a good result.

As 16-core (or more) processors become available, then it will make more sense to use a many, many pass rendering solution.